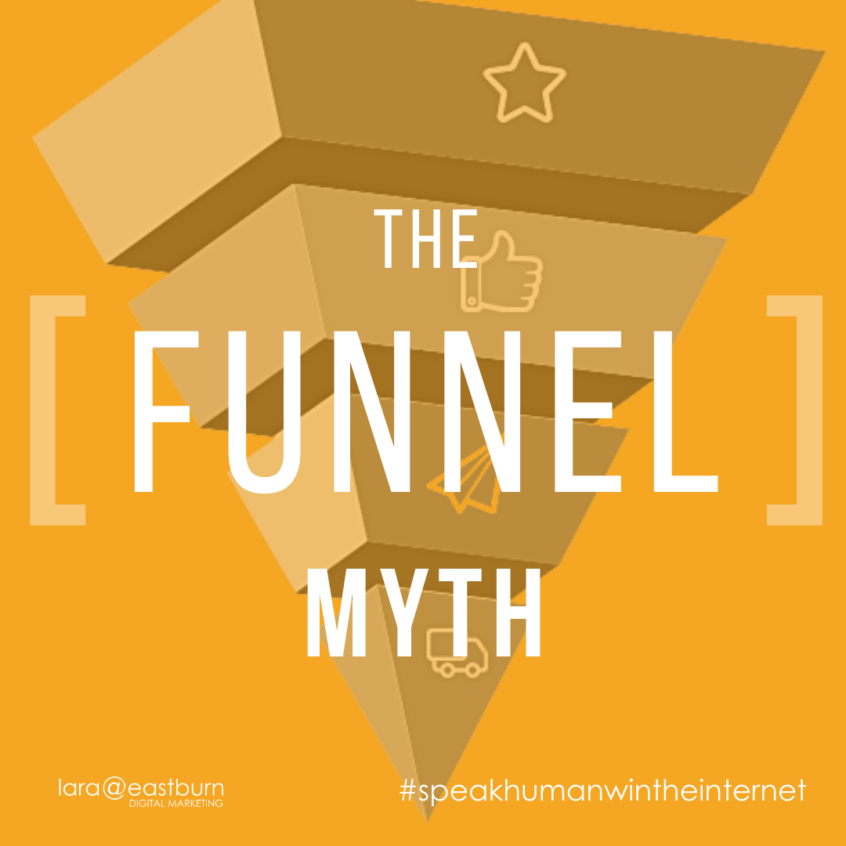 “There’s really no such thing as a funnel,” I hear myself saying again on a sales call. “There MIGHT be a COLANDER.”

“Funnel” is, today, shorthand at best.

It’s the word businesses and marketers use to mean the ‘path’ (or ‘journey’) a potential client takes from learning about a product/service to the moment they purchase it.

At worst, “funnel” has become jargon.

Jargon is the word I ascribe to words and phrases so overused they have been emptied of any meaning at all. The ones, that is to say, we use when we don’t actually know what we’re talking about.

It’s fair to say “funnel” is today employed as a one-word placeholder for a series of automated systems prescribed to lead a client along the aforementioned ‘journey’ with the least possible effort.

In our digital and post-ClickFunnels world, it signifies an iterative FORMULA – a series of processes, literally a series of mouse clicks – that ends with the typing of a credit card number and the clicking of the ‘submit’ button.

Hence, the ‘funnel’ has now also often come to mean whatever is necessary to guide the consumer to arrive at that final click.

In this way, the funnel is still forced to consider – only to the degree required to arouse & amplify – the motivations of the human behind the clicking hand. Enter the age of deep-dive psychology into creating and amplifying human desire.

I plunged willingly down a veritable academic rabbit hole researching ol’ St. Elmo Lewis. I’m more than a little obsessed. And may even be a bit smitten. Turns out this dude was EPIC.

He was the first (documented) person to think about the customer’s experience in consuming – attempting to define the emotional states one goes through when contemplating a purchase.

For the first theoretician of advertising, the customer was so important that he amended what followers later called the AIDA formula (Awareness → Interest → Desire → Action) to include (by 1911) SATISFACTION.

In other words, for the first modern post-Snake-Oil-Era advertisers, and for decades after them, the end of the funnel was not the purchase, but the customer’s happiness with the purchase.

I’d wager it doesn’t look like a funnel AT ALL.